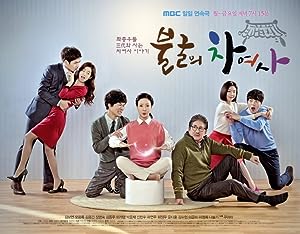 People born as a member of the baby boomer generation have elderly parents to support while also sacrificing themselves to support their kid's education. This show follows the lives of a couple in their fifties and their children and elderly parents to encompass three generations. News is instantly relayed through social media, societal issues become hot search topics in seconds through the power of smart devices, young adults can find a coffee shop on nearly every block in the city for a cup of bitter Americano in the 21st century, and the only thing that has stayed the same is that we belong to a family. People in their fifties have to worry about the increasing numbers of elderly in the population while neglecting to build retirement savings because they are spending all of their money on their kids' education in a job market with fewer jobs. Young people use words that older people cannot understand. Casual dating has taken on a new meaning to youth and we look at three generations in a family to portray different facets of society. We also focus on the daily life of Lady Cha, who is an indomitable force in the family, to reveal aspects of a typical wholesome family.

The World of the Married